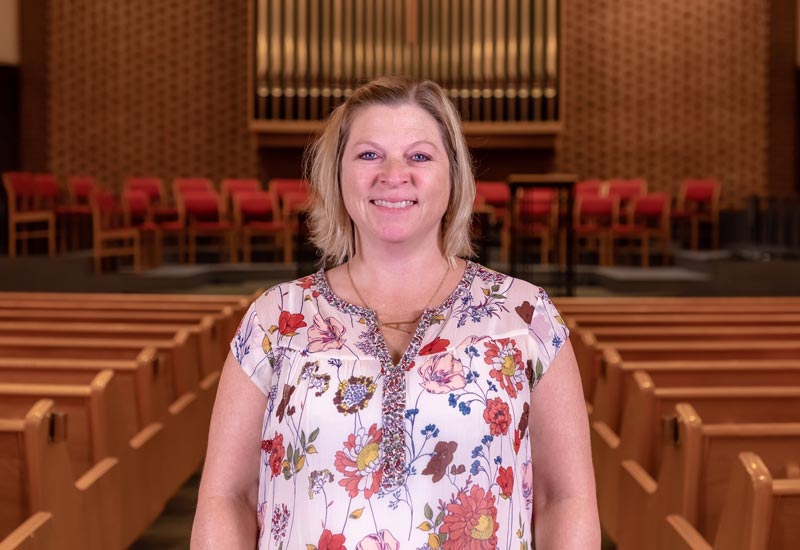 I am excited to be on staff here at St. Mark’s! I have a Ph.D. in Neuroscience from the University of Utah and previously worked as a Preclinical Scientist for a biotech/pharmaceutical company in Westchester Co., New York.

David & I were married in 1995 at Lone Oak United Methodist Church (where I grew up) in Paducah, KY. Our first daughter Caroline was born in 2003 and 10 months later, David accepted a job with Eli Lilly in Indy. We moved to Fishers and joined St. Mark’s a few months later.

Our second daughter Ava was born in 2007. Later that year, my parents (Joe & Diane Newton) retired, moved to Fishers from Lexington, KY, and also joined St. Mark’s! I love to read, play with my 3 dogs, watch movies, and am very passionate about issues of social justice.